WOW! It has been awhile

I can't believe how long it has been since I last blogged. So much has happened. So lets just get started.

My son started his freshman year of high school ;( and he is on the football team:)  He practices 5 days a week and has a game on Saturday. Our daughter is playing soccer and is currently a 7th grader. She is involved in choir. Seems to me that time is flying by. My very active kids have me staying busy.

The past few months have been a super crazy ball of emotions. We had to put one of our dogs down. Bob Marley had a tumor in his spleen the size of a softball and the doctor said there was nothing we could do. It broke our hearts because he was our baby. We had him for 7 years and thought we would have him much longer. I can't tell you how much we loved that dog. If I write any more about him I will be sitting at my desk bawling my eyes out. 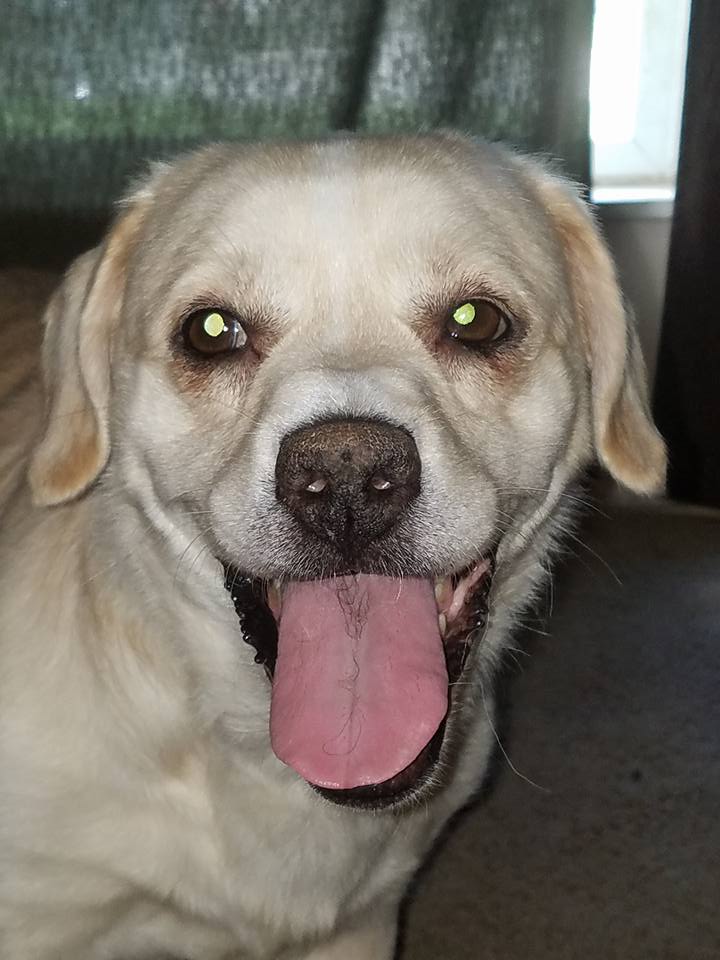 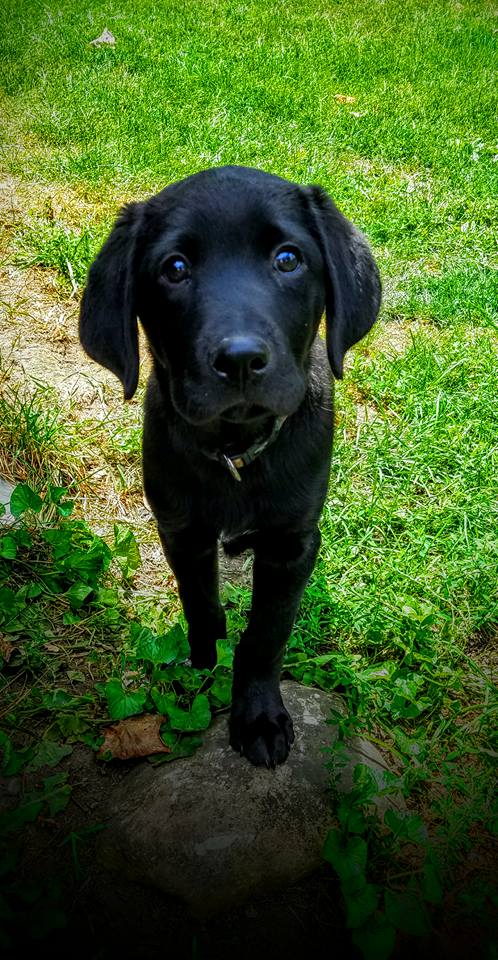 Shortly after we said our goodbyes to Marley (the white dog), we received Hunter (the black dog). He came to us through a friend of a friend and he has brought so much happiness into our lives. He is so cute. I love his floppy ears. His personality is coming in and he just makes you fall in love with him daily.

Right after we got Hunter I found out that I had a massive kidney stone that needed to be surgically removed. It was really fast. It couldn't have come at the worst/best time. Worst time because we had planned a family trip to Michigan and my husband was NOT going to let us go on because of it. Best time, well frankly, my family needed a break. We consulted with the DRs and they cleared me to go sit by the lake and do nothing but relax so, that is what I did.

I wasn't able to get into the lake but it was okay because I got to enjoy a relaxing and peaceful weekend with my family. It was great seeing my kids laughing.

We also took a short one day trip to Chicago because 1) the kids have never been 2) I haven't been in like 20 something years. We walked around and ate at some of the "HOT SPOTS". I was super excited because we got to see the Firehouse that they use in Chicago Fire. We saw the "Bean" and many other great things. 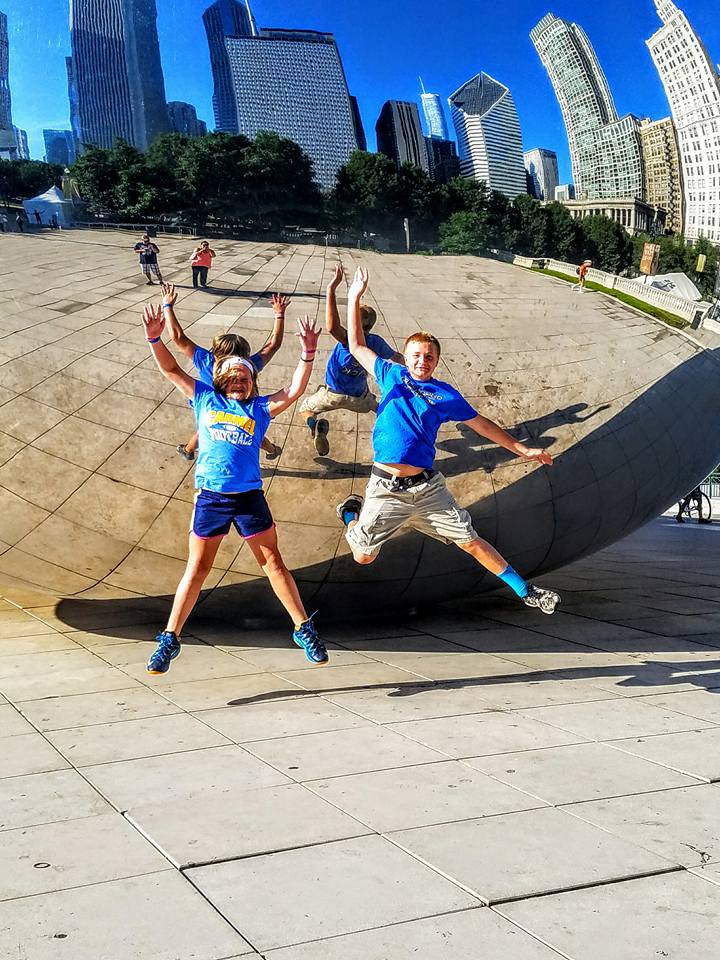 We are currently ripping the carpets out of our house and installing laminate floors. In doing so, I am realizing that it would be a good idea for me to do some Fall Cleaning. So if you get the bug and want to join me here are some ideas.

~Dust and wash your blinds

~Dust and wipe down your walls and baseboards

~Dust off the refrigerator condenser coil. You can use your vacuum brush to assist you.

~Declutter and reorganize your closets

~Check your some detector

~Check weather stripping and caulking around your windows and doors

~Clean out your gutters and down spouts

Do a little at a time. Don't overwhelm yourself. You can do one room a day or a weekend, depending how much time you have. Good Luck and Until Next Time........

Well it has been awhile since I had a chance to blog. I started real estate school. I would go to school for 4 hours in the morning and work for 3 hours in the afternoon. I would have to rush home to pick my son up from football and start dinner, help the kids with their homework, do my own homework and work on stuff for soccer. If it wasn’t one thing it was another. I was obviously too busy to do anything, including getting sick which is exactly what happened as soon as football, soccer, and my school ended. I have had a runny/stuffy nose, my head has been clogged, a horrible dry cough, and sometimes it feels like someone is sitting on my chest for like 6 days now.

Enough about me and all my whining (as my friend Julie would say). Let’s talk about something else. What should we talk about? (I am looking around my office for inspiration). My office is filled with beautiful pictures of my family and letters from my kids but we always talk about my kids. So……………well that is just sad. Unless I am talking about my kids I have nothing to talk about.

I was talking with my sister in law Amy yesterday as I drove home and I was explaining to her how much I love driving up College Ave in the fall. The leaves are such beautiful colors. I love the burnt orange and the reds.

I was on facebook the other day and I was looking at my feeds and seeing my friends update their status. I loved seeing that a few of the girls that I hung out with in high school are all Moms now and are about to be again. I love seeing that they are making Apple Pies from scratch and helping build houses with Habitat for Humanity. Makes me realize that I hung out with some pretty awesome people.

I have a new friendship brewing with another old high classmate, Lauren. We have been helping each other out with the real estate class. She just passed her state exam and is on the road to being an Indiana Licensee/Broker. I am so proud of her!!! Those test are HARD!!! I have passed my class but have to now past the State Exam.

I am super excited because my best friend in the whole entire world, Erin is moving back state side. She currently lives in Hawaii and even though I am upset that I don’t get to visit Hawaii (plane tickets are crazy expensive) I am happy to have her state side. She will be coming home for a few days as I get to soak up some of her time.

Well….......I finally found something to talk about (besides friends) today is National Back to the Future Day. Back in 1985, Robert Zemeckis and Bob Gale wrote a movie about a boy who used a DeLorean to travel back and forth in time. The movie starred Michael J. Fox which was almost NOT the case. Michael was approached for the part and had to turn it down because of the show Family Ties. Michael J. Fox had to turn down the role as Marty McFly. Eric Stoltz took the role as Marty McFly however, after 4 weeks of shooting, the directors decided that Stoltz wasn’t right for the part and they turned back to Michael J. Fox. His schedule had opened up some but was told he could only do the movie if he made sure that Family Ties wouldn’t suffer.

The Character of Doc was played by Christopher Lloyd however, the directors originally wanted John Lithgow. Christopher Lloyd then turned down the role but then changed his mind after reading the script with his wife and they let him change some of the scenes.

Lea Thompson was cast as Lorraine McFly because she had worked with the 1st Marty McFly, Eric Sholtz but they liked her in the part and decided not to recast her once Sholtz left.

Claudia Wells, who plays Marty’s girlfriend Jennifer was also a recast after Scholtz left. The original Jennifer was played by Melora Hardin but once Michael J. Fox signed on as Marty they felt that she was too tall for him and let her go. She never got to film one scene.

Well that is all for now. I will send you off with these important dates

~36 days until Thanksgiving (My favorite Holiday)

~72 days until the New Year

I LOVE LOVE LOVE fall. I love the rustic reds, burnt orange, and the smell of bonfires at night. My children spent the weekend raking the leaves in a huge pile in the back yard just so they could jump in it. They did it for hours. They would get the pile big, jump into it until it was flat and then rake it into a big pile again. Brings back memories doesn’t it. It was so beautiful this weekend it almost felt like the beginning of Spring and not Fall. My family had family photos taken on Sunday afternoon at a local park. They turned out beautiful.

Saturday was the perfect day. I spent most of my day out on my motorcycle with my kids and my mother. We went and got my son’s haircut, a few new pairs of jeans, and their Halloween costumes. I must admit that I HATE HATE HATE Halloween. I am not a big fan of Scary Clowns and the kids like to make fun of me for it and try to scare me every chance they get. Also, I am not a fan of scary movies and that is the only thing that seems to come on during the month of October. We spent the afternoon and evening on our back porch playing cards with my brother and sister in law while our kids and the kids I was babysitting were playing a weird form of tag in the backyard.

The biggest thing I love about the fall is it is the start of FOOTBALL SEASON!!!! I know that the season is almost ½ over but there is nothing I like more than watching the Indianapolis Colts play on Sunday. Win or lose I have been a fan of them since as long as I can remember. I think my next blog is going to be about them. They have a lot of history here in Indianapolis and this is their 30th year here so why not.

Well a few tips for fall clean up.

2)    When raking leaves, rake them around the base of a tree. This helps mulch the tree.

3)    This is the time to start cleaning out your flower beds if you want to plant flowers that will bloom by spring time.

Enjoy time with Family and Friends.